June 18, 2022
Reading time: 4 min.
Reading time: 4 min.
By Kel Armstrong Amobi
By Kel Armstrong Amobi
June 18, 2022
Share
Facebook
Twitter
Pinterest
WhatsApp
When people like Reno say Peter Obi was inconsequential to PDP I wonder how they do their calculations.
During the 2019 elections when Peter Obi ran as the running mate of Atiku, the South East where Peter comes from voted for PDP more than the North East the home of Atiku and it was on a very wide margin.
PDP garnered 1,693,485 votes (75%) from the five states of the South-East; and 1,255,357 votes (27.5%) from the North-East. Conversely, the APC polled 403,968 votes (19%) in the South-East and 3,238,783 votes (67.5%) in the North-East.
The Atiku that people like Reno claim to be the only one capable enough to win the presidential general elections for the PDP woefully lost 72.5% of his region’s votes to other political parties.
The truth is, when it comes to dollar for dollar, P.O stood no chance in the primaries, not because he doesn’t have the money to spend buying delegates, but because it’s against his principles and he’s not a desperate politician spending stolen money and this is exactly the kind of man every one of us should want as president.
With the Peter Obi intimidating CV and the perceptible conspiracy against him, if he had any cockroach in his cupboard, he would have been given the Okorocha’s treatment a long time ago.
It sounds absurd when people say Peter Obi is only popular on Social Media.
It’s even more laughable when they say Peter Obi will lose because of how toxic his followers are. Tell me one politician who does not have toxic or fanatics as fans?
In 2015, Buhari himself threatened that dogs and baboons will be soaked in blood if he does not win and the Niger Delta militants threatened to destroy all the pipelines in South-South if Jonathan does not get a second term.
Those who make this claim seem not to know that the youths in this country, now, more than ever, are desirous of causing a political shift with their PVCs not just on social media.
#EndSars started on Twitter and millions of youths risked their lives just to ensure that their voices are heard. Why do you think they can’t do the same thing in electing a candidate they feel is worthy enough no matter how tiny his region is.
During the EndSars, who talked about religion or race? Christians protected Muslims while they prayed and the Muslims did the same for the Christians.
We became brothers and sisters with one loud voice. We stood our ground in the face of threats and death; we protected and provided for each other.
The entire world witnessed a shocking unity amongst the unflinching youths of the country regardless of their different ethnicities.
Who says such a thing cannot happen again in electing someone who is believably qualified to put the bleeding country back on track?
I wish we could someday emphasize more on “who can do the job” instead of “who can get the job.”
Peter Obi has left PDP and If he fails, it’s not his loss, it’s the loss of every one of us who would have to stand the heat of another clueless leader for another four years.
-KAA
Kel Armstrong Amobi is a Nigerian Author, Blogger, programmer, and Deep Thinker. 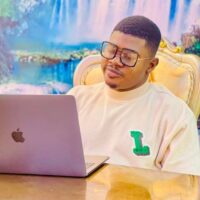 The crisis rocking the People Democratic Party (PDP), worsened as members of the Wike group reportedly pulled out of the campaign council of the...
Read more

A Chairman of the National Union of Road Transport Workers (NURTW), Sulaimon Onaolapo, popularly known as Ariku, was killed on Sunday during a cult...
Read more

The Northern Elders Forum and Catholic Laity Council have urged Nigerians to consider the age and  physical capacity of presidential candidates for the 2023...
Read more

Deborah Samuel is yet to get justice, despite killers showing face in video

It is now over four months since Ms Deborah was brutally murdered in Shehu Shagari College of Education Sokoto, Nigeria. Despite the fact that the...
Read more

Google mistakenly sent a man identified as Sam Curry, almost $250,000 without any detailed work for the company. Curry who is a staff member of...
Read more

The Lagos State government has taken delivery of new trains from Milwaukee, United States, for its red line rail project by the first quarter...
Read more

‘Don’t vote for me because I am Igbo man’, says Peter Obi at Ooni’s palace

Lagos High Court sitting in Ikeja, has sentenced the dethroned Baale of Shangisha in the Magodo area of the state, Mutiu Ogundare, to 15...
Read more