The Muslim to Muslim tickets by APC

The Muslim-muslim ticket by APC has generated lots of concerns and vociferous outrage from mostly Nigerians of southern region and perhaps the Northern christian minority.

I honestly do understand why some persons feel scared about it, however, I refuse to validate or consolidate that fear for some reasons.

APC is just one party, we have other parties in Nigeria. One of the beauties of democracy is the availability of options. Crying over APC’s candidates in the midst of other candidates questions our readiness to change the status quo or our capacity to make and accept informed decisions.

There’s only one major reason behind the Muslim-muslim ticket by APC; electoral victory. Without a Muslim VP, the APC will lose significant votes from the North and probably lose the entire presidency. This is the fear and the reason for a Muslim VP. Don’t let anyone beguile you to make it a religious problem, if you do, you will keep losing the big picture.

I’ll never reduce this issue to religious problem, it’s more of political dexterity. APC chose electoral votes over religious sentiments. Of course APC knows a number of christians will be offended, but they still went ahead probably knowing that the mathematics of more votes favor them in this issue more than feelings.

If you don’t like it, you are right. Crying and bemoaning it? That’s where you and I separate. There’s Labour party that is driving a political revolution, invest in it, be part of it, preach it and convert others if PDP and APC don’t appeal to you.

Whether this is a smart move by APC or not depends on voters. If it’s a bad strategy, it’s the APC that should bemoan it, not you an independent voter. Even card carrying members of a party are not forced to vote the candidates of their party.

In the midst of these, I wish to state the following implications:
If Tinubu, a Muslim from the south cannot win election with a Christian VP from the North, northern Muslims, southern Muslims and northern christians don’t need me to spell it out for them. If they can’t gerrit, let them forget abourri. Also, our sincere and honest Muslim brethren from the North have got work to do. 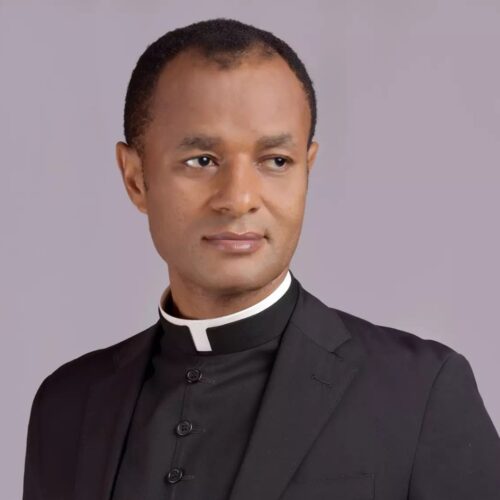 The crisis rocking the People Democratic Party (PDP), worsened as members of the Wike group reportedly pulled out of the campaign council of the...
Read more

A Chairman of the National Union of Road Transport Workers (NURTW), Sulaimon Onaolapo, popularly known as Ariku, was killed on Sunday during a cult...
Read more

2023: INEC rolls out guidelines for campaign

The Independent National Electoral Commission INEC, on Monday, issued guidelines for the commencement of campaign for the 2023 general elections. This was announced by the...
Read more

The Northern Elders Forum and Catholic Laity Council have urged Nigerians to consider the age and  physical capacity of presidential candidates for the 2023...
Read more

Deborah Samuel is yet to get justice, despite killers showing face in video

It is now over four months since Ms Deborah was brutally murdered in Shehu Shagari College of Education Sokoto, Nigeria. Despite the fact that the...
Read more

Google mistakenly sent a man identified as Sam Curry, almost $250,000 without any detailed work for the company. Curry who is a staff member of...
Read more

The Lagos State government has taken delivery of new trains from Milwaukee, United States, for its red line rail project by the first quarter...
Read more