Consistency is Key to My Success – Michael Askamaya

Dr. Ulom Michael otherwise known as Michael Askamaya, a successful businessman and the Chief Executive Officer (CEO) of ASKAMAYA Hotel & Suites and Just Ask Club, has disclosed that consistency has been the secret of his success. He made this disclosure in a recent interview with Wakadaily, where he extensively discussed how he has made the Askamaya brand a leading force despite the stiff competition in the hospitality and nightlife industry.

“My success story today is a product of consistency, I had to maintain the standard and even raise the bar when the need arose,” He said.
According to him, consistency in quality service delivery has made all his brands relevant over time. He also disclosed that the consistency of his brands in meeting and surpassing industry benchmarks is a reflection of the personal trait that he has invested in his business. “I am a consistent hard worker and I push my employees to work hard as well, that’s why we have grown this big over the years,” he said.

Furthermore, he noted that the reason for his success in the hospitality and nightlife industry is that he does not bother himself too much about competitors. He said, “I always build my business to be in a class of its own, that is why we have the biggest and most standard club in Nigeria. The facilities and architecture of Just ASK club are the only one of its kind in the country”.

He mentioned that during the grand launch of the club, the likes of E-money, Jowizaza, Ned Okokonkwo, and Oyenze, were invited as special guests and they and others present at the launch got entertained by A-list musicians that included Teni, Wande Coal, and Olamide Baddo. He also said that guests at the grand launch admitted that the club has a luxurious ambiance that is second to none in the country.
He further mentioned that “the clubhouse was built as a luxurious brand and this is evident with our state-of-the-art facilities. That is why popular actors like Zubby Micheal have used the club as a location for one of his movies, also TG Omori one of the best music video directors in the country used our club as a location to shoot music videos that featured Pheelz and Davido”.

He affirmed that he is always eager to beat and set new standards and trends wherever he finds himself.
Michael Askamaya who was born and raised in Lagos, also revealed that he has always had the same attitude towards achieving success even while he was an employee.

Michael ASKMAYA who shared his work experience revealed that he worked at Nymph International Limited where he began as a General Duties Personnel, before progressing to become a Computer Analyst and consequently the company’s Accountant before resigning. “I like to tell my Nymph story because it is proof that I am a consistent hard worker” he added.
Michael ASKAMAYA was awarded an honourary Doctorate degree in Hospitality and Corporate Governance by the European-American University, Commonwealth of the Dominica/Republic of Panama in 2021.

Commenting on this he said, “for me, I feel honored because it means my hardworking and consistency is being noticed. It feels good to be addressed as Dr. ASKAMAYA, for me that means a lot”. 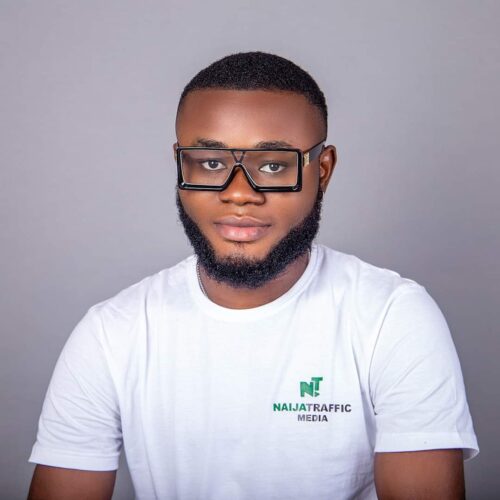 The Department of State Services (DSS), has confirmed the arrest of Alhaji Tukur Mamu, the publisher of Kaduna State-based Desert Herald Newspaper and lead...
Read more

Two persons were reportedly burnt to death, three sustained injuries while 12 vehicles were destroyed in a petrol tanker explosion that occurred in Ogun...
Read more

Teniola Apata professionally known as Teni The Entertainer has put a big smile on the face of her secondary school teacher after she surprised...
Read more

Tinubu is not on a medical trip, says Keyamo

Festus Keyamo, Spokesperson of the All Progressives Congress campaign council, said that the party's flagbearer, Asiwaju Bola Tinubu is not on a medical trip. Keyamo,...
Read more