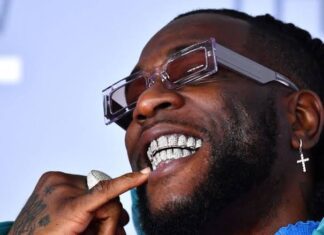 After cursing them, he added that he only decided to attend the concert out of goodwill and that he would have gone home if not for pleas from Seyi Vibez.

The ‘Last Last’ crooner was scheduled to perform at his concert in Lagos on Sunday night, the show started at 9pm and Burna Boy didn’t show up on stage till about 3am.

Wakadaily reported that in June 2022, Burna Boy was accused of shooting at the VI club.

It was gathered that the singer made a pass on a married woman at the Victoria Island nightclub in Lagos, Burna Boy was at the VI club when he sighted a lady walking in with her husband at the VIP section, Burna seems to have picked interest in the woman, he sent one of his escorts identified as Inspector Ibrahim, who wasn’t on his uniform to call the lady for him. Unfortunately, the husband of the woman got irritated and told the inspector to leave his wife. However, the inspector insisted on taking the woman to Burna Boy, who already has three ladies beside him.

As things were getting heated, Inspector Ibrahim brought out his service pistol and released fire multiple times while Burna Boy was laughing.”