She is best known for her appearances on the reality television show Dance Moms and her role in the music video for Sia‘s song Chandelier.

Maddie Ziegler was born in Pittsburgh, Pennsylvania, the United States, on the 30th of September 2002.

Her grandparent is James A. Ziegler.

She has Polish, German, and Italian ancestry. Her parents divorced when she was six years old, and her mother eventually got married to Greg Gisoni. Maddie Ziegler started taking ballet lessons when she was two years old.

Maddie Ziegler attended Sloan Elementary School in Murrysville, near Pittsburgh, Pennsylvania, until 2013, when she left to be homeschooled. 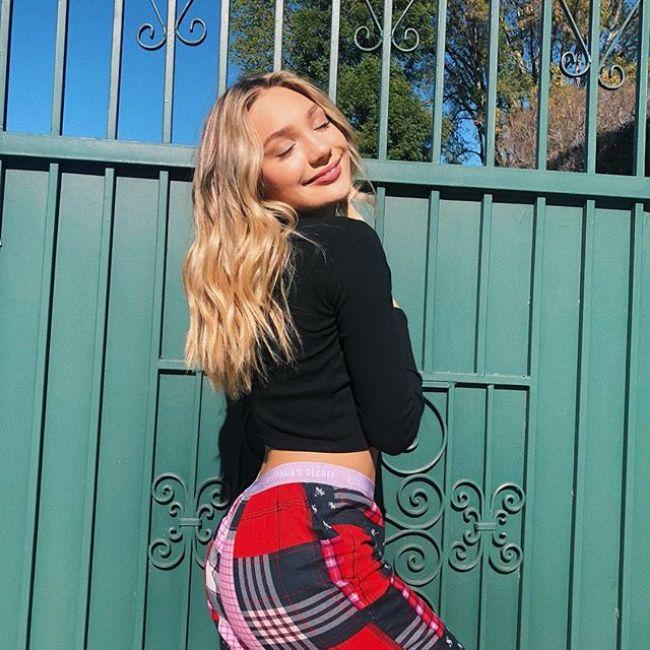 Maddie Ziegler earned multiple awards at regional, state, and national dance competitions with the Abby Lee Dance Company, including the 2014 Dancers Choice Award for Favorite Dancer 17 & Under. She participated in Paula Abdul‘s reality TV show Live to Dance in 2010.

In 2011, eight-year-old Maddie Ziegler and her mother appeared on the first season of Lifetime’s Dance Moms, a reality show about the young dancers on Abby Lee Miller‘s Abby Lee Dance Company Elite Competition Team and their often quarrelsome mothers.

Maddie Ziegler and Shia LaBeouf co-starred in Sia‘s 2015 song titled Elastic Heart, which has received more than 1 billion views on YouTube. Later that year, she finished her trilogy of videos from Sia‘s album 1000 Forms of Fear by appearing in the music video for Big Girls Cry.

In 2014 and 2015, Maddie Ziegler performed choreography to Sia‘s songs on several television programs, including The Ellen DeGeneres Show, Dancing with the Stars, Jimmy Kimmel Live!, Saturday Night Live, and at the Hollywood Bowl.

Maddie Ziegler‘s first professional acting gig came in 2012 when she played the role of Young Deb in an episode of the Lifetime series Drop Dead Diva. Maddie Ziegler makes a guest appearance in the made-for-mobile series HitStreak Summer‘s Episode 34 from 2014.

She continued performing in 2015 with appearances on the Disney Channel shows Austin & Ally and Pretty Little Liars on ABC Family. Maddie Ziegler made a guest appearance in the episode “Ballet and the Beasts” of Nicky, Ricky, Dicky & Dawn on Nickelodeon in January 2016.