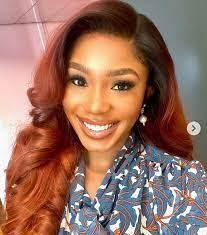 She hooked her name in the Nollywood industry for the famous role she outlined in the Skinny Girl in Transit; a soapie in which she cast the role of Shalewa.

Sharon Ooja was born on the 6th of April 1991. She hails from Benue State, Nigeria.

Sharon Ooja had her childhood brought up in both Kaduna and Plateau States respectively. She relocated to Lagos State in 2013 in pursuit of her theatrical career.

Sharon had her primary and secondary school education in the northern part of Nigeria but proceeded to Houdegbe North American University, Benin, where she obtained her degree in Mass Communication. Sharon moved to Lagos in 2013 to resume her acting career professionally since Lagos is classed as the commercial state in Nigeria where talent gets noticed easily.

Her breakthrough role came when she acted as Shalewa in Skinny Girl in Transit.

Since her invasion movie role, she’s featured in several movies and series and has also become an actress to reckon with.