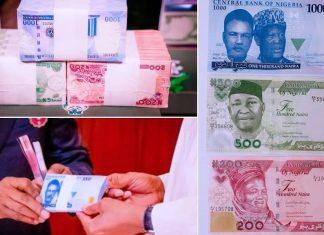 Analysts have underlined that Nigeria’s electronic transactions reached a peak of 3.5 billion in 2022, placing Nigeria sixth globally, as a result of several measures taken by the Central Bank of Nigeria  (CBN) to promote the cashless economy.

According to Ken Ife, a renowned economist, London Enterprise Ambassador and Chief Economic Strategist, ECOWAS Commission who spoke with THISDAY said, “Banks have been doing extremely well. If you look at the GDP figures of the third quarter, the banks were returning 18.3 per cent growth rate. That is phenomenal. Remember that throughout 2020 and 2021, the banks were running at 15 per cent growth rate, which is five times more growth than the rest of the economy. And they were running pari passu with the ICT. Now what has happened is that all of the banking sector and the financial sector have benefited from Central Bank’s massive investment in payment infrastructure because they invested heavily in permanent infrastructure.

“So when there was the COVID disruption, and there was a shutdown, people were comfortable trading and doing transactions at home because they had their mobile money, POS, and agency banking to the point that Nigeria in 2021 is number six in the world in electronic transactions. We are even ahead of America, which was 1.2 billion while Nigeria was 1.8 billion transactions a year; while those ahead of us are India, China and South Korea, but Nigeria was doing really well. And then in 2022, Nigeria’s transactions doubled and went to 3.5 billion transactions, which was equivalent to $200 billion turnover. So, Nigeria has gone nuclear in that respect with 100 per cent increase. I just laugh when people complain about the transaction, we are ready for electronic transactions and the evidence shows that we are.”