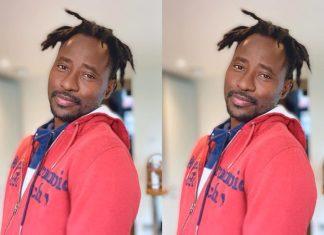 Nigerian gay rights activist, Bisi Alimi has advised his fellow citizens of gay men to do the right thing this 2023.

Bisi’s advice follow the controversy surrounding the split relationship between Nigerian-American model Fancy Acholonu and Nollywood actor Alex Ekubo. The duo got engaged in May 2021, However, Fancy abruptly canceled their wedding, which was scheduled to hold by November the same year.

However, Fancy has made a U-turn and tendered a public apology to her former lover, she revealed that her heart still belonged to the actor as losing him “felt like grief.”

While responding in the comment section of her now deleted Instagram post, the model confirmed that she was forced to make a public apology and she fell for it.

Things get messier as their private chats surface online

Wakadaily reported that the expose chat shows that the lovebirds never got intimate during their 5 years relationship as Alex Ekubo pretended to be celibate, while sleeping with other women. From the chat, their relationship has been a facade as Alex Ekubo was allegedly verbally, mentally and financially abusive.

The chat has gotten netizens talking as many speculated that Alex and some men in the Nollywood industry are gay but still go ahead to marry and have children in order to hide under a shadow.

Reacting to the trend of gay men getting married; Bisi Alimi via his Instagram story advised them to do better.

According to him, “Dear fellow gay men, let’s make 2023 the year you stop trying to marry straight women. we can do better.”