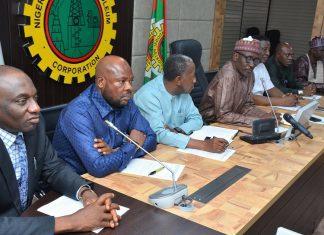 NUPENG threatens to stop loading fuel over burning of 2 trucks

The National Union of Petroleum and Natural Gas Workers Petroleum Tanker Drivers section (PTD-NUPENG) has vowed to go on strike in response to what it called the illegal burning by security personnel of two fuel-laden tankers mistaken for crude oil in Rivers State.

The National chairman of PTD-NUPENG, Lucky Osesua, stated this during a press conference in Abuja on Wednesday that men of the Nigerian military burnt down two trucks conveying high pour fuel oil (HPFO) popularly known as black oil while on transit from Imo to Delta state.

Osesua said “the trucks lifted the black oil from a modular refinery operated by Walter Smith Refinery and Petrochemicals in Ibigwe, Imo state. The trucks marked, EFR 770 XA and AFZ 351 ZY, were intercepted by the military in Rivers state, where they were set ablaze.

The PTD-National chairman presented the product’s documents including waybills, NUPENG receipts and a quality control document signed by the refinery manager, Charles Okon.

He said each was conveying 40,000 litres of the product from the modular refinery to Bob & Sea Depot in Koko Delta State.

“The drivers presented waybills, NUPENG receipts, and quality control documents. But the military men still insisted that they carried crude oil. They drove the two trucks away and burnt them between Ahoada and Elele in Rivers State, on Tuesday night.

“Without investigation, without reaching out to the refinery, where the drivers mentioned that they lifted the Black Oil, the soldiers burnt down the trucks, in less than five hours.”