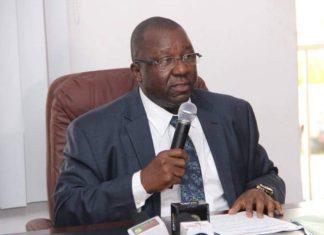 According to Chief Umeh Kalu  (SAN), a former Attorney general of Abia State, has said the victory of the presidential candidate of the Labour Party, Peter Obi, should be the top priority for any Nigerian who wants the nation to have effective leadership and governance.

Umeh said both Obi and Alex Otti, the party’s governorship flag-bearer in Abia State are the best men for the job, urging the people to rally round them in their respective pursuits.

SAN Umeh Kalu who is the Abia State Coordinator of the Obi-Datti Campaign Council made the call while welcoming members to an elaborate meeting of the state Presidential Campaign Council held at his country home in Okagwe Ohafia, Ohafia LGA of Abia state.

He disclosed that the essence of the meeting was to co-opt some new members into the campaign council “as a way of strengthening the campaign for the challenges ahead, insisting that the tragedy of leadership facing the nation makes the Peter Obi candidacy a topmost priority for the nation.”

“He enjoined the campaign council members to penetrate every nook and cranny of the state to galvanize support for Obi, Otti and all Labour Party candidates.

The revered legal luminary also stated that Otti who was a former managing director of Diamond Bank was  by far ahead of all the other candidates taking part in the elections.

He called on all party members and supporters to market him with pride and confidence, stressing “he is a beautiful brand that  is easy to sell.”