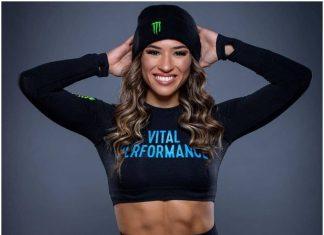 She has secured numerous triumphs in UFC.

Valerie was born into a martial arts family on the 19th of July 1998. She was raised in Miami, Florida State.

Her father, Frank Loureda was the proprietor of a martial arts school – Frank Taekwondo Academy. It was founded in 1998.

Her mother is Miley Loureda and she is also good at Taekwondo. She was reportedly testing for her black belt while pregnant with Valerie. Valerie developed a passion for martial arts and taekwondo at an early age. She would often accompany her father to a morning TV show where he taught self-defense.

Over the years, she has grown into a professional fighter and has participated in many fights. She has defeated top fighters such as Larykn Dasch, Tara Graff, Colby Fletcher, and many others.

In August 2020, she signed a multi-fight extension with Bellator MMA. Asides from martial arts, Valerie loves dancing and she has become a social media personality because she posts pictures of herself during training sessions or wearing a bikini on Instagram. She has over 586k followers on the platform.