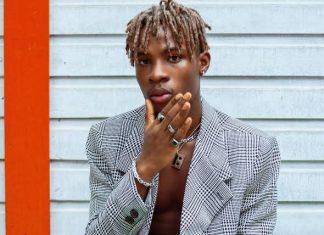 Nigerian Afro-pop singer Joseph Akinfenwa, popularly known as Joeboy, opined that it is useless to ask a partner for their body count.

Body count refers to how many people someone has slept with. The question is very common in Africa, where lovers mostly ask their partner about their body count.

However, the 28-year-old singer and songwriter via his Twitter page claimed its unnecessary to ask such questions, adding that one can’t confirm whether the person’s response is sincere, hence, it will be better not to ask.

According to Joeboy, “Asking for body count is pointless. If they tell you that it’s three, how do you know it’s three for real?”

The post generated several comments on his page, and while some netizens said it is important to ask.

@owa_d__realtor said, “All the women, girls and ladies doing olosho will say its pointless, it’s not pointless I go ask you and if you lie Na God go polish you.

@djcomputerlove said, “Still ask her. If she say it’s just two, no problem. That lie will show up sometime, somewhere in the future.

@wealthyforever said, “It’s such a stupid question to ask.

@harbie said, “Even if na 3 or whatever number, wetin people wan use the number do actually judge the person’s morals? Determin the person’s sexual appeal? Cuz i just don’t get it fr.”