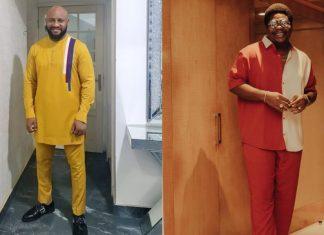 Mr Macaroni earlier took to his Twitter page to opined that any politicians who give money to electorates never serve when they get into office.

The skitmaker tweet, “Any politician offering you money in exchange for your vote is not going to serve you. They are only investing. If they get into office, they will loot the Nation’s treasury which rightfully belongs to the people. Do not vote in thieves and looters! They are destroyers”.

Reacting to his tweet, Yul Edochie said that his experience as a politician opened his eyes to see things, adding that it is the people who demand money from politicians.

Yul wrote, “I used to think it’s the politicians that offer money until I joined politics and ran for office. My eyes opened. It’s mainly the people that demand money from the politicians and put them in a tight corner where they must find money by all means to share or fall”.