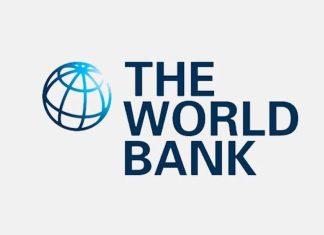 According to the World Bank, Nigeria’s fiscal situation is weakened by high borrowing costs, falling energy prices, a modest increase in oil production, and muted activity in the oil sector.

The Washington-based institution made the projection in its latest Global Economic Prospects (GEP) released yesterday. The bank also said that Nigeria’s growth weakened to 3.1 per cent in 2022 and will further decelerate to 2.9 per cent this year.

The report read partly: “Growth in Nigeria—the region’s largest economy—weakened to 3.1 per cent in 2022, a 0.3percentage point downgrade from the June projection. Oil output dropped to 1 million barrels per day, down by over 40 per cent compared to its 2019 level, reflecting technical problems, insecurity, rising production costs, theft, lack of payment discipline in joint ventures, and persistent underinvestment, partly because of the diversion of oil revenues to petrol subsidies, estimated at over 2 per cent of GDP in 2022 (NEITI 2022; World Bank 2022t).

“A strong recovery in non-oil sectors moderated in the second half of the year as floods and surging consumer prices (annual inflation surpassed 21 per cent for the first time in 17 years) disrupted activity and depressed consumer demand. Persistent fuel and foreign exchange shortages, with the naira depreciating by over 30 per cent last year in the parallel market, further dampened economic activity.

The report added, “In Nigeria, growth is projected to decelerate to 2.9 percent in 2023 and remain at that pace in 2024—barely above population growth. A growth momentum in the non-oil sector is likely to be restrained by continued weakness in the oil sector. Existing production and security challenges, and a moderation in oil prices are expected to hinder a recovery in oil output.

“Policy uncertainty, sustained high inflation, and rising incidence of violence are anticipated to temper growth. Growth in agriculture is expected to soften because of the damage from last year’s floods.

“The fiscal position is expected to remain weak because of high borrowing costs, lower energy prices, a sluggish growth of oil production, and a subdued activity in the non-oil sectors.

Also, the increased insecurity has worsened fragility and is expected to reduce access to food for many more people across the region, further weighing on economic recoveries.”