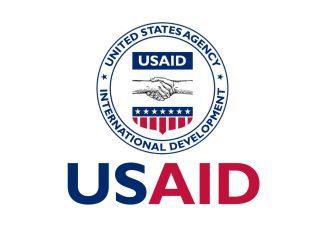 The credibility of the general elections, according to the United States Agency for International Development, Food Basket Foundation International, Palladium, and other development partners, will determine if Nigeria remains an inseparable country.

The group disclosed this on Friday at a press conference tagged, ‘Safeguarding Digital Civic Space for Electoral Integrity’, jointly addressed by the agencies in Ibadan, the Oyo State capital.

Delivering a prepared speech, the Chief Executive Officer of FBFI, Funmi Akinyele, said the digital civic space is expected to play a significant role in the decisions that a myriad of Nigerians would take during the presidential and governorship elections in February and March, respectively.

According to her: “The overarching goal of this project is to protect online civic space by combating voter misinformation and disinformation while improving access to accurate civic information inclusively.

“With the advent of citizen journalism, information circulates quickly. Unfortunately, some individuals, either by omission or commission have distorted information, leading to misinformation, disinformation and malformation.
“The misuse and repression of both offline and digital civic spaces, no doubt, have contributed to the perceptions, mostly negative, of members of the international community about Nigeria.
Speaking further she said, “the Nigerian digital civic space, like any other nation in the globe, is intended to facilitate citizens’ abilities to exercise their rights to freedom of association, peaceful assembly and expression guaranteed by the constitution.
“This includes giving and receiving knowledge, beneficial encounters for raising awareness and educating one another, among other things. In the information age, technology offers a number of avenues for improved global connectedness. Nigeria’s 222-day Twitter ban in 2020 highlighted the threat to constitutional liberties and the possibility of repression in the digital civic sphere.
“This highlighted the autocratic tendencies of some government figures who preferred to use their authority to stifle the public’s right to free speech,” Akinyele explained.
ADVERTISEMENT