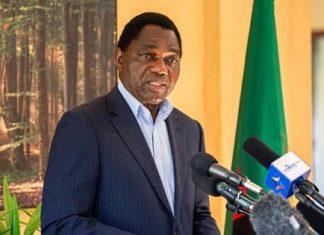 The government of Zambia intends to import fuel from its oil-producing neighbor Angola in an effort to reduce gas costs and prevent supply shocks.

Zambia also revealed plans to own stakes in Angola’s Lobito refinery in Benguela Province along the Atlantic Coast.

President Hakainde Hichilema, who arrived in Luanda Tuesday, assured his host that his country would invest in the Lobito refinery that is under construction, during his three-day visit to Angola,

President Hichilema told journalists at a press conference in the capital Luanda after a meeting with President João Lourenço that, “It makes no sense to import fuel from other parts of the world when we have a neighbouring producer.

“I don’t know how we have managed to maintain this situation of buying fuel from Saudi Arabia and other parts of the world and not from our neighbour.”

The president of Angola added that, “It is very natural that Zambia, as our neighbor, has a great interest in acquiring these fuels in Angola, in the neighboring country, especially when Angola has a greater capacity to refine the crude oil it extracts, Once completed, the refinery would have the capacity to produce around 200,000 barrels per day. Based on the current proposition, private investors, including Zambia, will own 70% stake in the refinery, while Angola state oil firm Sonangol would own a 30% stake.”