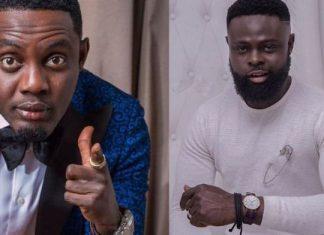 No gays in my family – AY Comedian

Famous stand-up Comedian, Ayodeji Richard Makun, popularly known as AY, has disclosed that there are no homosexuals in his family.

AY who was reacting to reports that his brother, Omoniyi Makun, professionally known as Yomi Casual, is gay.

Wakadaily earlier report that the wife of celebrity designer, Grace took to her Instagram page to rained curses on those claiming her husband is a gay, She added that it is not a crime for a guy to look good, represent his brand and pay quality attention to himself.

Part of her post read, “Even if most of you enjoy seeing others go down, I think it is too early in the year to subscribe to all these ‘super stories’ designed to work on your minds, and create unnecessary trends and engagement.
With the permission of my husband, I am daring the so-called blogger and anyone of you who insinuate to know too much to bring out proofs that confirm Yomi “gay” as speculated without fact by your devilish camps within 24 hours.

“I have known in the last 5 years of marriage and for 13 years of friendship. I pray for calamity to come upon them all one by one in JESUS NAME  AMEN”.

Responding in the comment section of Grace’s post, AY Comedian wrote: “It’s all about entertainment for these evil people. They are traits you will NEVER EVER trace to the Makuns. You already know who you marry, go to bed. As for the bloggers, I still have their tablets. Them go use backup accounts again when I strike as usual.”