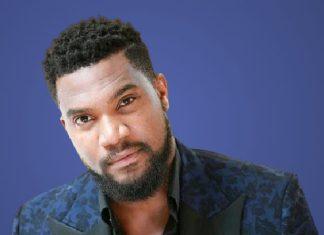 He is also popular for winning the 7th Edition of the Gulder Ultimate Search in 2010.

Kunle Remi was born in the city of Gboko, Benue State on the 18th of October 1988. He has five siblings and is the second son of the family.

Then, he proceeded to the prestigious University of Ibadan to study Fisheries and Wild Life Management. But he didn’t complete his studies there because he decided to pursue a professional acting career.

After winning the Gulder Ultimate Search 7th Edition in 2010, Kunle chose to pursue an acting career in 2011.

The first movie he acted in is titled Heavy Beauty. Since then he has starred in many films, TV series, and stage plays, such as Tinsel, Family Forever, Lagos Cougars Reloaded, The Getaway, and many others.

He has also been featured in a couple of Africa Magic Original Movies.

While he was a student at the New York Film Academy, he got his first TV hosting gig for an Internet TV channel called, Celebville 360.

Kunle is also a model. His first modeling job was with ISIS models. Since then he has worked in ad campaigns for brands like MTN Nigeria, Diamond Bank, DStv, and Zain Nigeria.