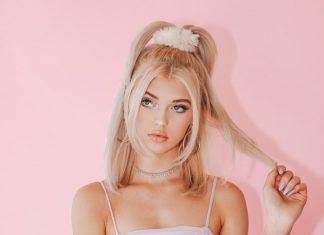 She is Tik Tok star with a massive followers on the app. Loren Gray began her career on the video-sharing platform Tik Tok in 2015.

She appeared in English pop singer HRV’s music video for “Personal” in 2017.

Gray signed a record deal with Virgin Records in March 2018 and released her debut single “My Story” in August.

She followed it up with her second single “Kick Yiu Out” in November 2018, as written and produced by herself and Ido Zmishlany.

She released her third single “Queen” in December 2018 as produced by herself and Captain Cuts. The accompanied visual had gained more than 12 million views as of January 2020.

She got featured on Lost Kings’ single “Anti Everything” as released in January 2019.

Gray later released two new singles “Options” and “Lie Like That” on April 5, 2019 and another single titled “Can’t Do It” featuring American rapper Saweetie on May 17, 2019.