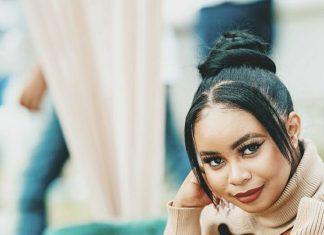 The beautiful actress has achieved a remarkable standard for herself so far in the industry. She’s celebrated for being one of the leading personalities with decoration in SA.

Matshepo Sekgopi was born on the 18th day of November in 1996. She was born and raised in Kagiso located west of Johannesburg.

As a child, her role models were her mother and grandmother who both worked hard so that she was comfortable and did not have to struggle much.

She attended Soul Candi Institute of Music and obtained a certificate in deejaying. Matshepo Sekgopi started out as an actress without any formal training. She was discovered by a casting agent when she was starting her DJ career and looking for a way to enter the South African music industry.

She was cast for a recurring role in The River before being promoted to regular status as a result of her unique acting style and talent.

She got widespread fame for her performance as Esihle on the E.TV drama series Z’bondiwe.

She has since gone on to act and appear in several South African Television series.