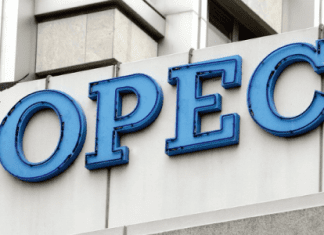 The report obtained by Vanguard showed that “the nation succeeded in beating Angola, its close rival that produced 1.088 mb/d in December 2022, to become the leading African producer while Equatorial Guinea came last with 54,000 bp/d.

Despite the increase, the report indicated that Nigeria did not meet its 1.8 mb/d OPEC quota during the period even though the nation has the capacity to produce additional 300,000 – 400,000 bpd of condensate.

Meanwhile, the government has embarked on an aggressive exploration targeted at increasing Nigeria’s oil reserves to 40 billion barrels in 2025, from the current 37 billion barrels.

The Minister of State for Petroleum Resources,  Timipre Sylva, who expressed such optimism for the success of the programme, said: “From North to South, East to West, our country is replete with rich hydrocarbon resources which the administration of President Muhammadu Buhari and Minister of Petroleum Resources is committed to finding and developing to end energy poverty, create shared prosperity and enthrone sustainable development.”