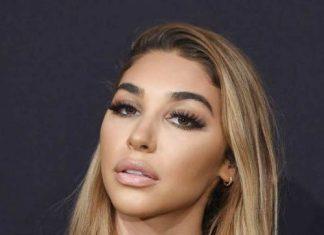 She is a multi-talented individual who has had success in a variety of different fields.

She is an inspiring figure for aspiring models. She is sometimes called Ceejay The DJ.

Chantel Jeffries was born in Coronado, California, on September 30, 1992. Colonel Edward Jeffries and Kathleen Jeffries are her parents. She has African, French, Cherokee, Irish, and Italian ancestry.

She grew up in Jacksonville, North Carolina, with her younger brother and sister. Her father is a Marine Corps veteran who worked for a military training organization.

Because of her father’s job, her family was always on the road, traveling from one place to another.

Chantel Jeffries‘ debut single, 10:22 pm, was unveiled on May 4, 2018, shortly after she was signed to the Universal Music Group label.

Offset and Vory, two American rappers, dropped by after hearing the track and wanted to “lay some melodies.”