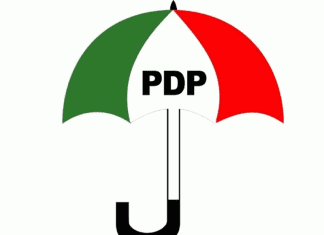 Ogbuagu passed out during a town hall conducted at the office of the Ezeagu Local Government Area by the party’s candidate for governor.

An eyewitness said, the town hall meeting had ended and everyone was moving to reception venue when he had a crisis.

The acting chairman, who reportedly suffered from asthma, was immediately taken to a neighboring hospital where he passed away.

The terrible situation occurred on Thursday night, but as of the time this article was filed, the party had not yet released an official statement.

Efforts to speak to the state party chairman, Augustine Nnamani, by Punch on the incident were abortive as he did not answer his calls.