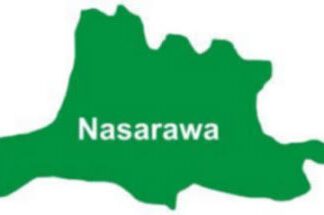 An eyewitness who pleaded anonymity told the Punch that the incident happened by 7am on Friday.

A source said: “The entire incident is very confusing. We never expected that such a thing could happen in our community.

“The school children, about six of them were kidnapped by the heavily armed men and they took them to an unknown destination.

“As residents of the community, we could not do anything to rescue them because the criminals were well armed but we informed the police about the development and I believe that they will make efforts to rescue the kidnapped pupils.”

There were some reports that the gunmen abduct six pupils at the school premises.

However, the State Police Public Relations Officer, DSP Ramhan Nansel, who confirmed the report, debunked claims that six pupils were abducted at the school premises.

He said, “The information I have is that two boys between ages 7 and 8 were the ones taken away on their way to school at LEA primary school, Alwaza village.

“On receipt of the information at 7:10 am today, a joint team led by the commissioner of police comprising of the police, military and vigilantes were mobilised to the scene of the attack to rescue the kidnapped pupils and track down the criminals.

“We are still on the trail of the abductors and we promise to do everything within our powers to address the situation.”