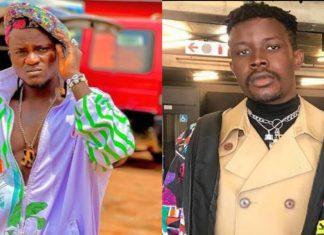 Singer Portable has criticized video director TG Omori for the excessive fees he charged him for his music video.

The ‘Zazoo’ crooner took to his Instagram page to call out the director, Portable revealed that the professional video director had charged him $50,000 to direct the music video for his diss track on Apostle Suleman.

The father of four questioned if dead people and ritualists were the ones patronizing him as he claimed that the music industry has a cacus.

According to him, “No be you shoot Zazoo video and I said let me meet you. Many people want to shoot video for me. I am not well, you don’t know that I am mad. $50,000 because of what? Me self have madness.

“Shey dead people or ritualists are the ones shooting video from you. You dey whine Jesus. Industry has cacus. Do you want me to do ritual? Is that what you use to shoot video for Asake and Olamide? Who go hep me no go stress me. One day I go reach that level. I go shoot that video without you”.

TG revealed that he shot ‘Zazoo’ for free. He stressed on how he shot the video without collecting a dime, and yet keeping mute over it.

TG Omori wrote, “Somebody tell Portable Zazoo was a free video. Did it without ever mentioning a word. Bruh has a video and never knew how it came about. But hsi calling me out for a discounted price.”

An Upper Shari’a Court in Kano has ordered that Murja Kunya, a popular Kano TikTok skit maker, be remanded in a correctional facility over...
Read more
Wakadaily