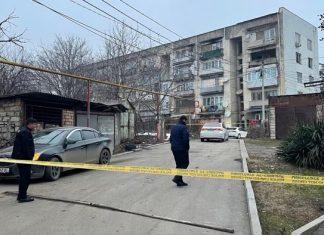 A retired military veteran reportedly shot five people dead and injured five others before shooting himself in the head in Sagarejo, a city in Eastern Georgia on Friday.

The 49-year-old offender whose identity was concealed had served in the Georgian Defence Forces between 2006 and 2021, and also in the NATO-led peacekeeping mission in Afghanistan, Common Space report.

Among the victims of the grave incident was a 38-year-old police officer, Otar Gvinashvili who sustained fatal injuries while trying to protect another person during the shooting. Gvinashvili was confirmed dead in the hospital.

“He reportedly shot dead four of his neighbours. A 21-year-old man remains in critical condition.

Georgian Interior Minister Vakhtang Gomelauri reported that the shooter had shot himself in the head as security forces entered his flat. He added that they had to sweep the area after discovering pins from hand grenades.

Gomelauri confirmed neighbours’ reports that the shooter’s adult son had fled the flat after his father started shooting.

The incident was first reported by a doctor at a local hospital, who complained on Facebook that doctors were unable to approach the scene to help the wounded.”