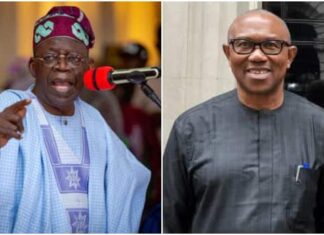 Prince Benjamin Apugo, the All Progressive Congress (APC), Board of Trustees BoT member has endorsed Peter Obi, the presidential candidate of the Labour Party, claiming that Mr. Obi has an advantage over the other candidates for the position due to his integrity, competence, and demonstrated track record of accomplishments.

The APC chieftain stated this while addressing journalists yesterday in Umuahia, he also back the governorship candidate of the Labour Party, Dr Alex Otti, saying he has the capital to rebuild Abia.

The BoT member debunked report that he had endorsed the Abia APC governorship candidate, High Chief Ikechi Emenike, described the report as misleading.

He said he never gave his blessings to the governorship ambition of Emenike, and cautioned against any attempt to use him for political glory.

Prince Apugo accused the APC-led Federal Government of neglecting Abia State, saying there is no federal presence in the state.

”APC has not done anything for Umuahia and Abia State where I come from,” he said.