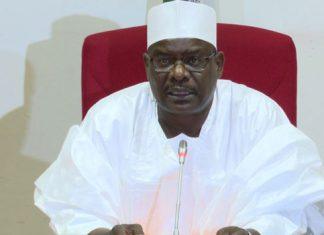 The former Senate Leader, Senator Ali Ndume has lamented the absence of the newly redesigned notes in circulation, saying that as a serving member of the upper legislative chamber, he has not seen the new Naira notes.

Senator Ndume disclosed this in Abuja while speaking with Vanguard, he noted that if the nation’s apex bank did not extend the deadline, the majority of Nigerians would suffer the consequences of the action.

When asked his take on the feasibility of the January 31 deadline, he said, “No, the date is not feasible, that’s why I moved a motion on the floor of the Senate requesting the CBN to extend the deadline for the exchange of the old notes with the new one to June 30.

“What we’re waiting is for the CBN to announce the extension. But up to now, they have not done that. And the most unfortunate part of it again, is that the new notes are not even available for exchange. And one week before the deadline, people started rejecting the old notes, especially in the rural areas, the economic activities have been put to a halt also to strangulated. I’m still thinking that the CBN will do something.

“I as a senator have not seen I only saw the new note once in December when I moved the motion and I said I have not seen the money. One of my colleagues showed me 1000 Naira notes, I have been withdrawing money from the bank since then, and have never gotten new notes from the bank. Even on Friday, I made withdrawal from the bank, and they gave me old notes. And then surprisingly, now I heard that in some places now, they are not receiving old notes. So in other words, the CBN deadline has actually been implemented in most places this is going to cause economic chaos,” he added.