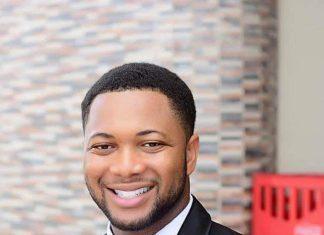 He came into the limelight after starring in a couple of Nollywood movies and also after winning Lancelot Imasuen’s Invasion 1897 Online Challenge.

Benjamin Olaye Jnr was born into the great family of Benjamin Olaye Snr, who was the producer and presenter of the show, ‘Beat Wave‘ in old Bendel State (Edo and Delta State). From an early age, Benjamin Jnr developed an interest in entertainment just like his father was doing.

He started writing stories in his secondary school days and was inspired by actors like Ramsey Nouah, Pete Edochie, and Late Sam Loco Efe. He played a supporting role in the movie, Esohe, which was released in 2017.

In 2020, he won the Lancelot Imaseun 1897 Invasion monologue competition. The competition had been organized to commemorate, Lancelot‘s 25 years in the movie industry. Out of 700 entries, Benjamin emerged as the winner of the competition.

He was cast in Lancelot Imaseun‘s latest project, ‘For the love of Isiuwa‘ which was shot in Benin, Edo State.

He was also featured in the 2020 movie, Son of Mercy, acting alongside top actors like Gregory Ojefua, Alex Ekubo, and Kelvin Ikeduba.

He also acts in the Iroko TV series, The Blood of Enogie.

He starred in the short film Yasmeen, which was released on the 2nd of December, 2020. It was produced by Fatima Binta Gimsay. He currently teaches acting at Benin Film Academy (BFA).