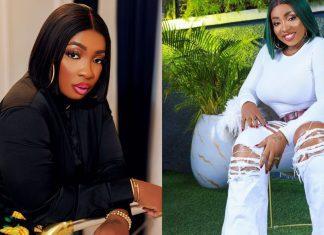 I am not interested in Big Brother this year, focus on election – Anita Joseph

Popular Nollywood actress, Anita Joseph has explained why she is not interested in this year Big Brother.

The actress who is a strong supporter of the Labour Party presidential candidate, Peter Obi, took to her Instagram page to urged her followers to participate in the forthcoming general elections to avoid another 8 year of hardship.

Since the launched of Big Brother Titans, on Sunday, January 15th, many people have questioned the organizer’s unreasonable choice. There have been rumors that politicians heavily financed the show to divert attention away from the election.

Anita Joseph who is a proud supporter of the show and it’s housemates, said she will focus on the election.

she wrote, “I use God beg una I’m not interested in this year BBN inugo.
It’s election time let’s get it right, if not it will be another 8 years of Turmoil.
Ina Alu government Ani Ekpolu.
Hardship, Pain, Suffering, Corruption e plenty. I’m OBIDIENT what are you? Shallom in the highest”.