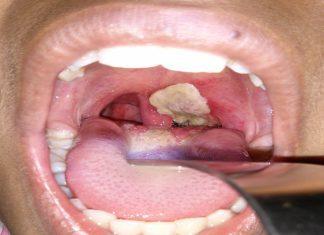 According to the Nigeria Center for Disease Control and Prevention ( NCDC), a shortage of childhood immunizations has contributed to an outbreak of the deadly throat disease diphtheria in some regions of the nation.

The Director-General of the Agency, Dr Ifedayo Adetifa, who spoke about the development on a television programme, said that there were 34 deaths recorded over the weekend from the outbreak which hit four states.

Adetifa said, “Diphtheria, a vaccine preventable disease that used to be common decades ago is on the increase in some states in Nigeria. The fact that there is a resurgence suggests that there is significant reduction in vaccination coverage among pockets of the population and this reduced pockets of immunity has given rise to the cases we have seen.

“It is not a matter of diphtheria spreading from state to state, the bacteria that causes the disease is present everywhere and it spreads, and any state in which you find the disease now is likely to be associated with suboptimal vaccination rates, either in general or in particular in pockets of population. Failure of childhood vaccination in the failed states is causing the diphtheria outbreaks.

“Kano has highest number of cases followed by Yobe, by weekend, there were 34 deaths in total. We are in a good place to help but is important that patients are recognised early, and diagnosis made quickly out so that treatment can commence immediately.”