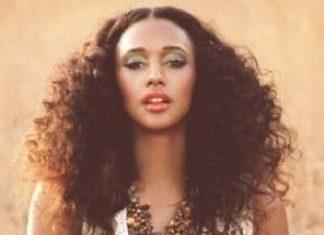 Lisa Visagie (born 1972) is a creative South African model and actress with great self-esteem and strong advocacy for healthy living.

Lisa Visagie was born to South African parents. She grew up in the commercial city of Johannesburg.

Even at a young age, Lisa was a beauty to behold and was described as a true gem in her neighborhood.

Lisa moved from Johannesburg to California. During her time in the U.S.A., she has enrolled in modeling classes and has worked with professionals in her trade. Her journey into the ‘fashion biz world is simply inspiring. Lisa who stands at 5ft. 9 is a slender and stunning character.

With her looks, she’s been able to capture the attention of famous personalities including Akon who starred her in the music video of his song Beautiful featuring Colby O’Donis and Kardinal Offishall.

She also bagged a role in a film titled Manny.

Her campaign on Healthy Is The New Skinny sprouts from challenges she faced as a straight-sized model. However, her great sense of esteem, dieting plans, and routines has seen her overcome this challenge.

She is currently a plus-sized model and has worked with FORD Models. At the moment, she partners with Natural Model Management where she works as a Fashion Model.

Lisa also uses the website healthyisthenewskinny.com to encourage and compel people to live healthily whilst embracing their natural features.